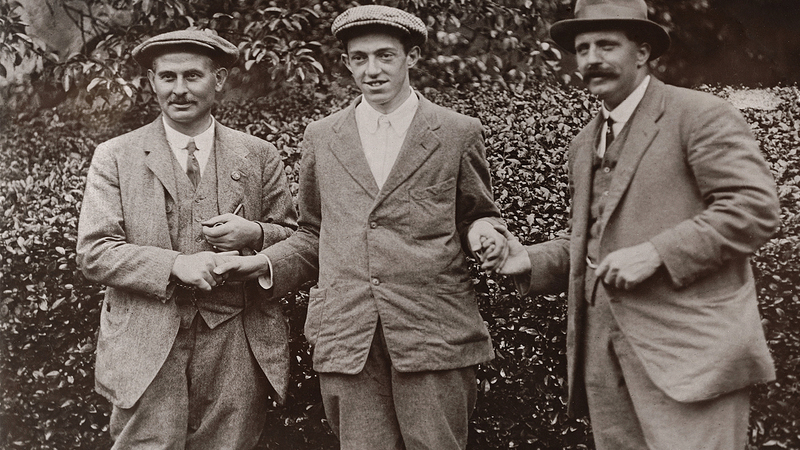 Before the glitz and glamor of modern-day professional golf, the Scottish sport was played in tweed suits for prize money of around seven Victorian-era pounds, roughly 338 British pounds today: a far cry from the million-dollar paychecks seen today.[1] Many of the innovators of the game, seen in the portraits in this exhibit, remain household names to ardent golf fans; the same cannot be said about all the artists in Artists at Home. This exhibit aims to compare the portraits of prominent Victorian artists to those of professional golfers from the same time period. Working countless hours to perfect their craft, the artist and the golfer were more similar than one might think.

Just as the photographs in Artists at Home advertised the works of the artists in their studios, the portraits of golfers could have acted as advertisements for the sport, leading to an increase in its popularity. These photos may have been used to market certain brands of golf clubs due to the impressive playing skills of the famous pictured golfers. Since golf was still a relatively new sport in the Victorian era, the circulation of these intriguing photographs could also have been a way to increase the game’s popularity throughout the United Kingdom rather than confining the sport to Scotland. Comparable to baseball cards, these photographs could have been collected by children who began to idolize the celebrities of this up-and-coming game.