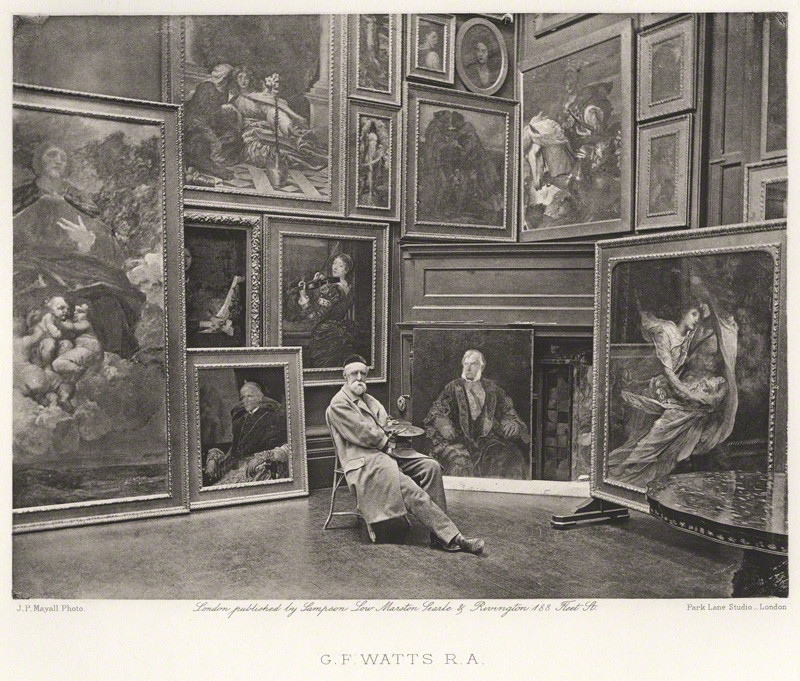 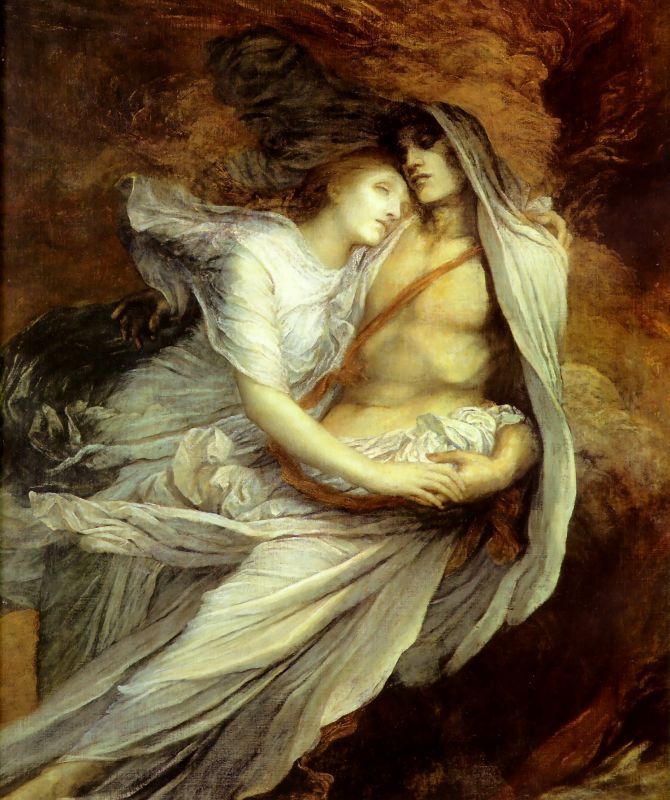 George Frederick Watts, R.A., LL.D. (Oxford and Cambridge), the renowned English painter and sculptor, was photographed by Joseph Parkin Mayall in a studio portrait published in June 1884. The artist is shown seated in the picture gallery of his house at 6 Melbury Road, Holland Park. At the time this photograph was taken, Watts was already a distinguished portrait painter—he had been elected a Royal Academician in 1868, obtained a First Class medal at the Universal Exhibition in Paris of 1878, and received the honorary degree of LL.D. from Oxford University in 1880.

Watts’s portrait is unique among those published in Artists at Home: even though Watts’s New Little Holland House had both painting and sculpture studios, the portrait was taken in the picture gallery, possibly at the artist’s insistence, in order to conceal his artistic practices and working environment. It is equally likely that Mayall, who would have been aware of his sitter’s prestige, decided that showing Watts in his gallery, among his best works, would better represent the artist at the height of his career; or that the photographer recognized the advantages of the gallery for a studio portrait: to maximize wall space for paintings, the ceiling of the picture gallery was made entirely of glass, so the room would have been flooded with daylight. 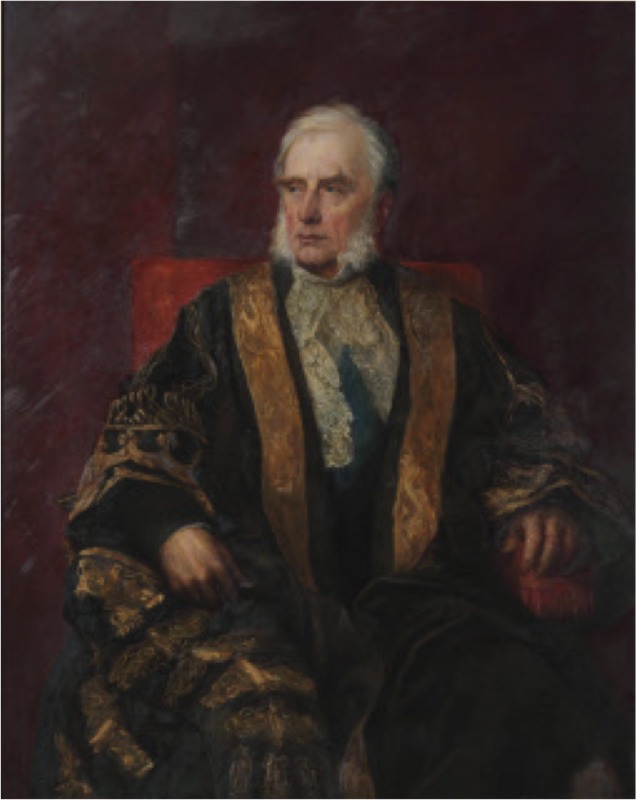 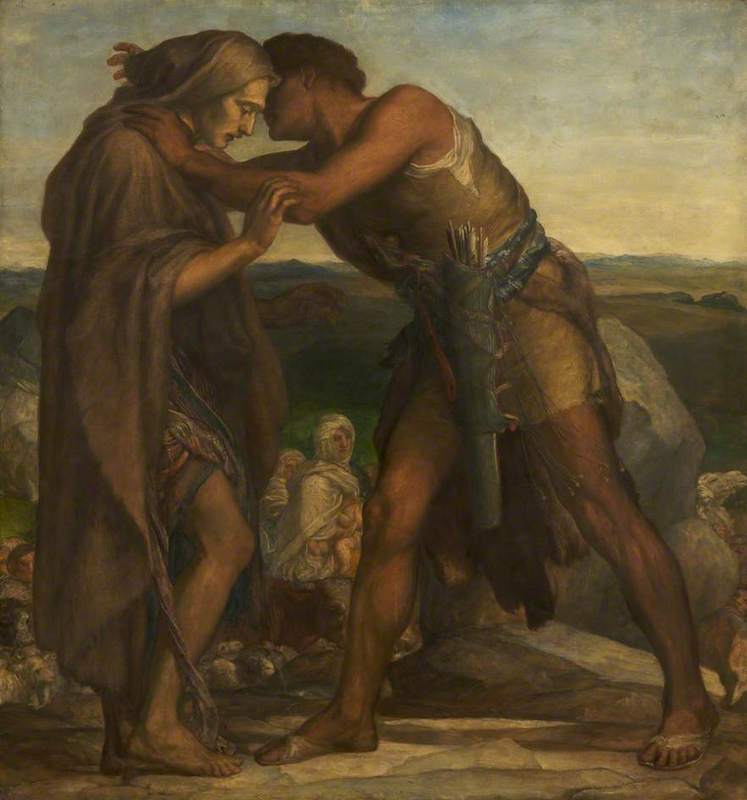 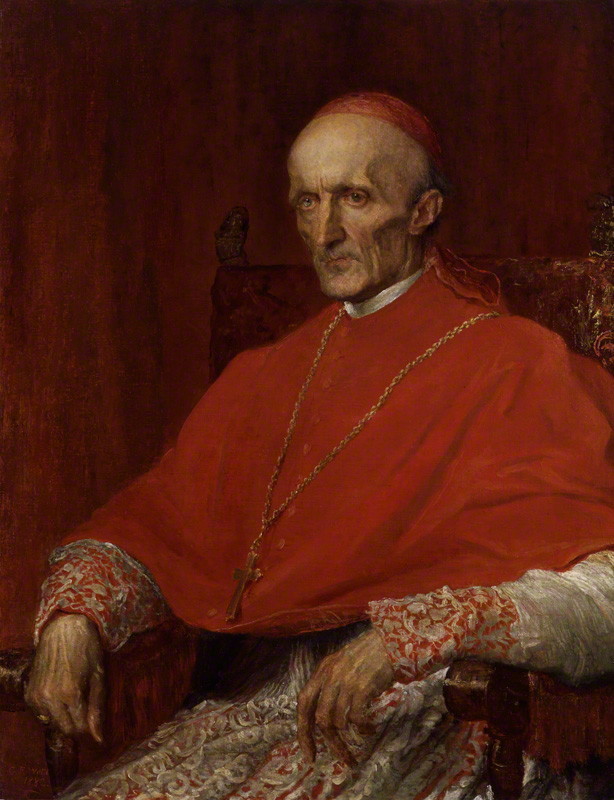 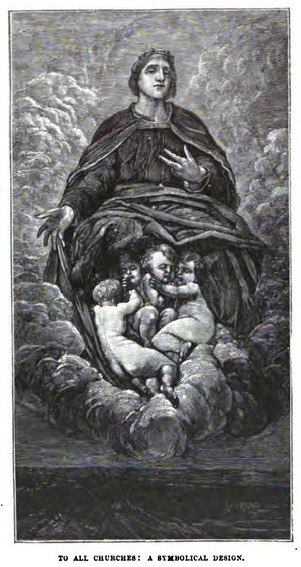 As a result of this decision, the interior shown in this photograph contains none of the traditional artistic paraphernalia one would expect to find in an artist’s studio, yet the artist holds a palette and a clutch of brushes, as though he is about to touch up one of the surrounding, apparently completed  paintings. Watts is shown seated, leaning casually against the back of a delicate metal chair with one leg casually pointing outward. Framed and unframed works of art cover the the walls behind him. On the right is a painting considered one of Watts’s masterpieces, Paolo and Francesca; to the left of that is the portrait of the Duke of Devonshire, probably his most recent work, still unframed. Above it is The Meeting of Jacob and Esau. Just above the artist’s head is Lady Lindsay (of Balcarres), and above that, Britomart and Her Nurse. In frames on the floor, resting against the wall, is the portrait Cardinal Manning; the large canvas on the left is part of Dedicated to all the Churches.

Aside from the dark, oval-shaped marble table that appears in the right front corner of the photograph, the rest of Watt’s picture gallery is bare: the viewers’ entire attention is directed at the dignified and serious-looking artist, who seems to return their gaze. The monumental works displayed behind and above Watts do not dwarf the artist, even though he is much smaller in scale. Instead, the white of his beard and the light color of his painter’s smock allow Watts to stand out against the mosaic of dark colors and patterns in the background. 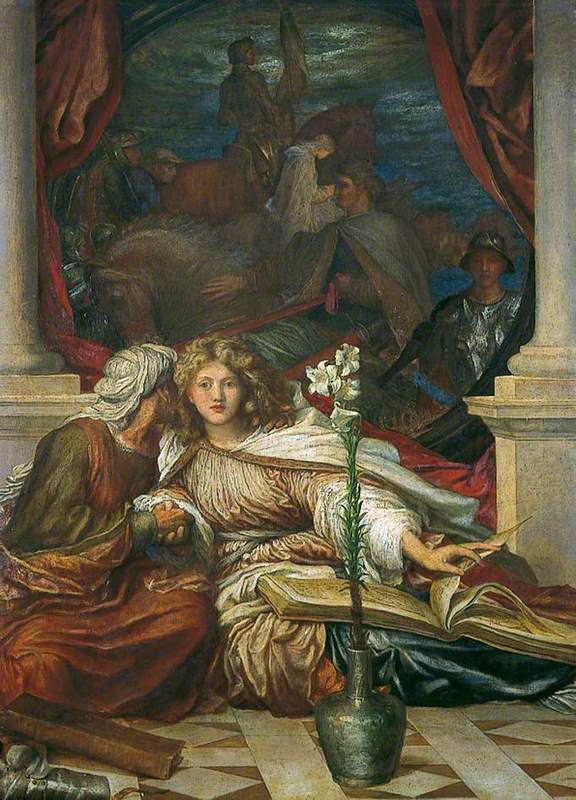