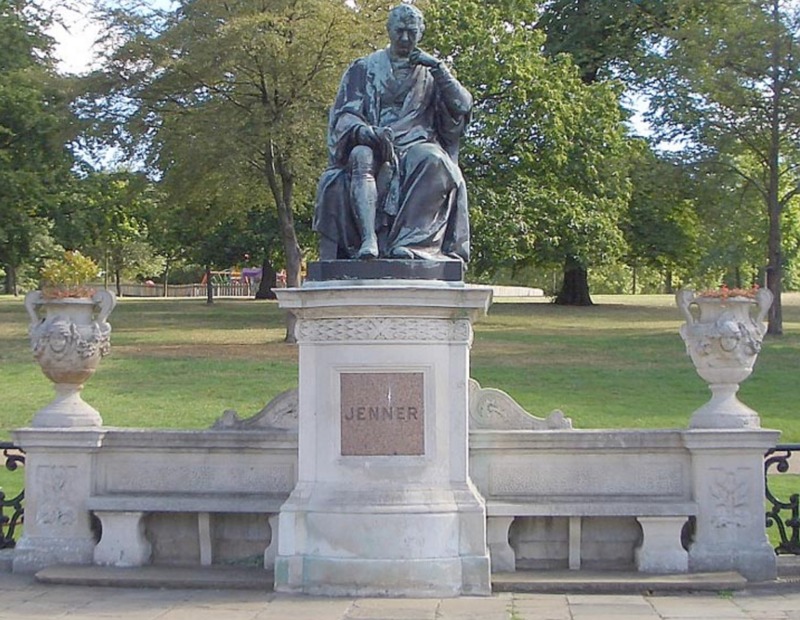 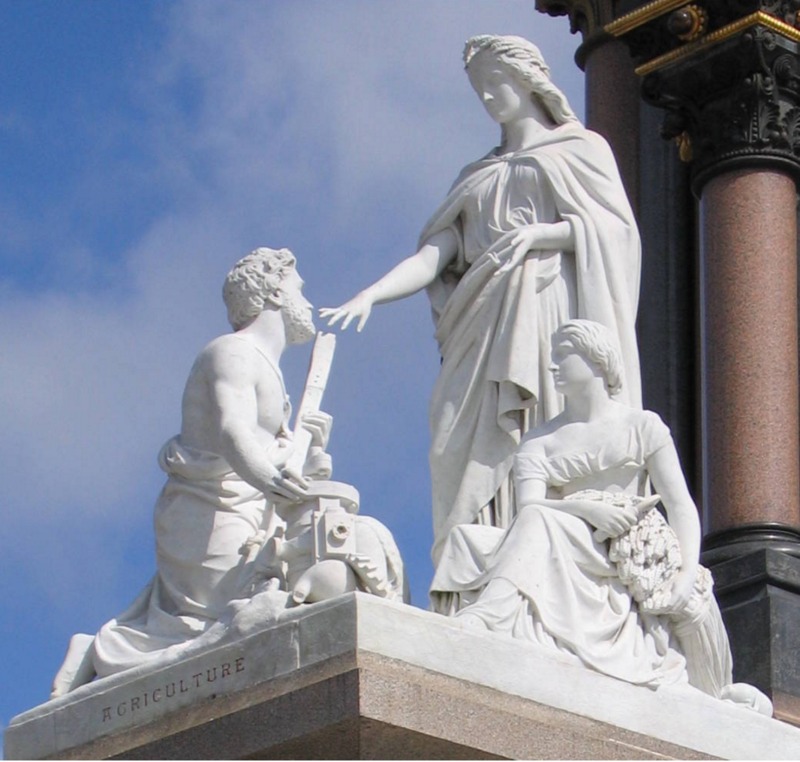 William Calder Marshall was born at Gilmour Place, Edinburgh, on March 18, 1813, the eldest son of Annie Calder and William Marshall, a goldsmith.[1] He was educated at the local high school and university. In 1830, he started studying art at the Trustees' Academy and four years later moved to London, where he worked under the sculptors Sir Francis Legatt Chantrey (1781–1841) and Edward Hodges Baily (1788–1867) in the school of the Royal Academy. He lived in Rome from 1836 to 1838, before settling permanently in London.

In 1844, the year Marshall was elected an associate of the Royal Academy,[2] he participated in an exhibition at Westminster Hall for artists selected to decorate the newly rebuilt Palace of Westminster:[3] he was chosen to execute statues of Lords Clarendon (1852) and Somers (1855) for the new Houses of Parliament. In 1852, he was elected a Royal Academician,[4] and in recognition of his service as a British commissioner at the Paris Universal Exposition of 1878, he was appointed Chevalier of the Legion of Honor. His work encompassed a broad range of themes popular with artists of the time, including classical, biblical, and literary subjects. Marshall’s sculptures were extremely popular, and some of the most famous were reproduced in reduced sizes in parian ware.[5]

Among Marshall’s most important commissions were public statues of the poet Thomas Campbell for Westminster Abbey (1848), the inventor Samuel Crompton for Bolton, Lancashire (1862),[6] and the philanthropist Thomas Coram, who created the London Foundling Hospital, for the central pier of the hospital’s gateway at Coram Fields (1856).[7] Marshall completed a bronze sculpture of Edward Jenner, who pioneered the first smallpox vaccine; the statue was “inaugurated by Prince Albert, the Prince Consort, and the first to be erected in the Kensington Gardens in 1862.”[8] In 1863, he produced three biblical reliefs for St. Paul’s Cathedral: Unto me Men Gave Ear and Waited, and Kept Silence at my Counsel; For I am a Man under Authority, Having Soldiers under Me; and the Memorial for Captain Edward Mowbray Lyons of the Royal Navy.[9] In 1876, Marshall completed a marble sculpture, Agriculture, depicting the benefits of modern technology, symbolized by steam pumps and gears.[10] From 1878 to 1880, Marshall worked on Learning and Justice for Temple Gardens, at the entrance to Middle Temple Lane, directly across from the Victoria Embankment.[11]

In 1890, Marshall retired from the Royal Academy and exhibited there for the last time the following year.[12] In his lifetime, he had exhibited some 120 works at the Academy, the largest contribution of any Victorian sculptor.[13]

"His style was of its time, and pseudo-classicism in his hands was informed by no richness of fancy or real power of technique. A certain elegance of design and type and conscientiousness of execution are the greatest merits his art possesses. An exhibition of his works was held in his studio in Ebury Street, London, after his death; and his executors presented the original models of his more important pieces to museums and galleries throughout the kingdom."