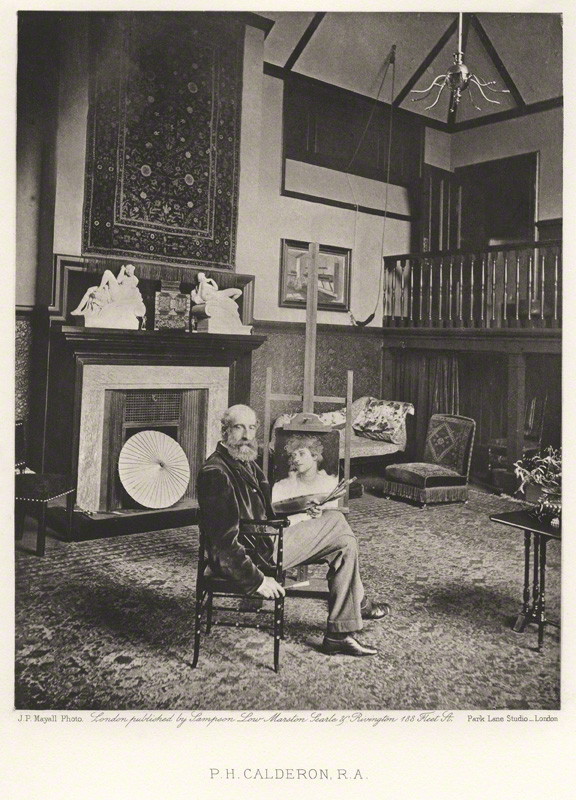 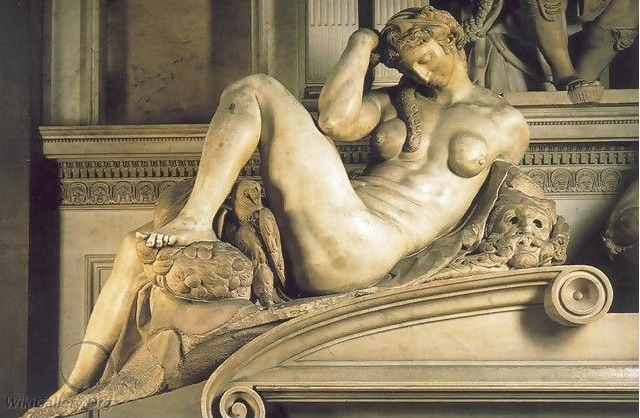 Philip Hermogenes Calderon looks wearily over his right shoulder into the space the photographer inhabits, the space the photograph privileges any viewer to inhabit. The image was captured by Frank Dudman, assistant to the photographer J. P. Mayall, in 1883. Calderon appears both dignified and humble in his comfortable, cross-legged pose, at home with an easel and several brushes in his hand. His luxurious velvet blazer is highlighted by the natural light from large windows to the viewer’s right, which were characteristic of artist studios. At the time the photograph was taken, Calderon was living at Weston Lodge, 16 Grove End Road, in the burgeoning artist’s community of St. John’s Wood. The home was previously owned by the painter John Jackson, and Calderon made additions to it in 1876 to make it his own. The fireplace, the center of the home, is in the center of the room, which identifies the space as one for gathering and entertaining.

To the right of the fireplace is a chaise lounge and a fringed velvet chair. To the left is a chair of a more streamlined style, outlined in metal rivets, and inside the fireplace is an open parasol, which suggests that it is summer, when there was no need for a fire. Resting on the mantel are two miniature sculptures, personifications of Dawn (L’Aurora) and Night (La Notte) by Michelangelo Buonarroti, the originals of which flank the tombs of Lorenzo and Giuliano de’ Medici in the church of San Lorenzo in Florence. Between the Michelangelo reproductions are two miniscule figures, too small to identify, and in the very center of the mantel is a decorative oriental chest. Above it hangs a tapestry with an all-over, ordered floral and vine motif, which draws the eye up the walls to the high ceilings in Calderon’s studio. The orientation of the photographic plate emphasizes this verticality, which is also echoed by the artist’s easel. Under the artist, a large patterned rug unifies the scene.

The painting on Calderon’s easel shows the face of a young woman with curly hair, whose gaze is directed toward the artist himself. Another painting in the room, partly obscured by the artist’s easel, appears to depict a sparse and modern interior scene. On the far right side of the composition is a table severed by the camera’s edge, atop which rests a small fern in a shallow metal urn. The studio walls, covered in what is either embossed leather or marbled wallpaper, are split by a chair rail. A velvet curtain runs under a split-level part of the home in the background, stylishly camouflaging furniture and props needed for Calderon’s paintings or social gatherings. The dark doorway above this spatial divider probably leads to the artist’s personal gallery. A pulley used to hoist the artist’s paintings up into this space hangs from the sloped wall just under the chandelier.

The portrait of Calderon was published in the July 1884 installment of Artists at Home.