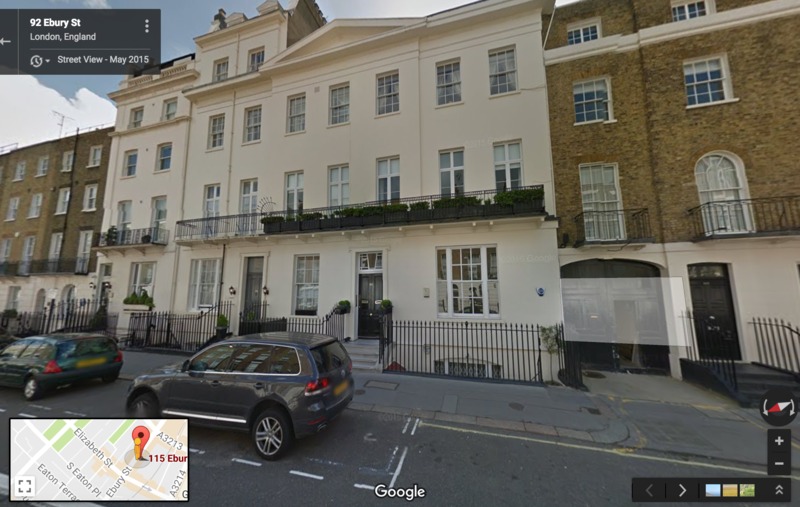 A street view of 115 Ebury Street

In Artists at Home, J. P. Mayall captures William Calder Marshall seated in his studio, which F. G. Stephens describes as “large, modern and roomy,” at 115 Ebury Street, near Chester Square, London.[1] Chester Square is in London’s Belgravia district, best known for its residential squares, including Chester Square, Eaton Square, and Belgrave Square. Chester Square is close to Buckingham Palace, the London residence of the British sovereign since 1837; after the palace was constructed, aristocratic families moved into the area, generating enormous development. Chester Square features rows of Georgian houses, consistent and neat though lacking character. The location of Marshall’s home indicates that he was a part of an older generation of artists who chose not to move to the suburbs to build studio houses.

Marshall’s house, no. 115, would have been constructed by the well-known architect and builder Thomas Cubitt (1788–1855), whose terraced houses were covered in stucco, painted white, and scored to simulate the appearance of painted stone blocks. The house still stands, but appears to have been divided into flats leased by the real estate agency Knight Frank.[2]