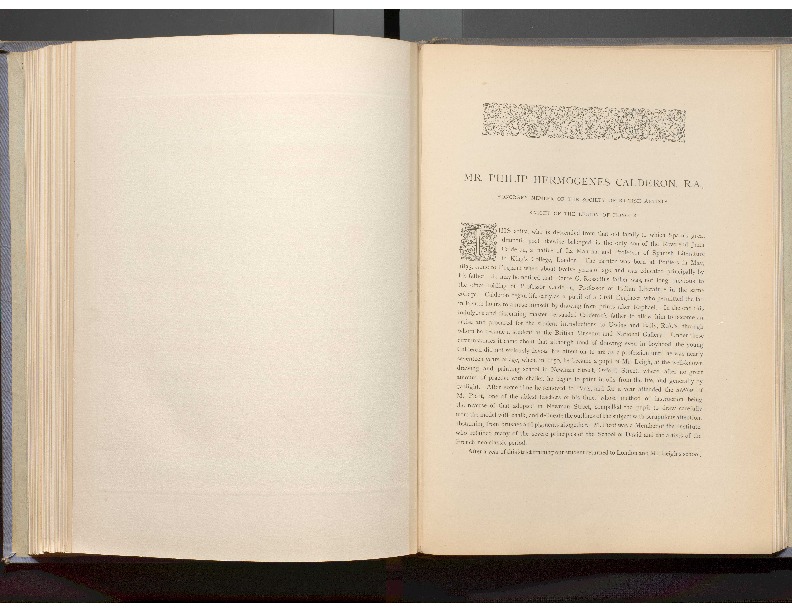 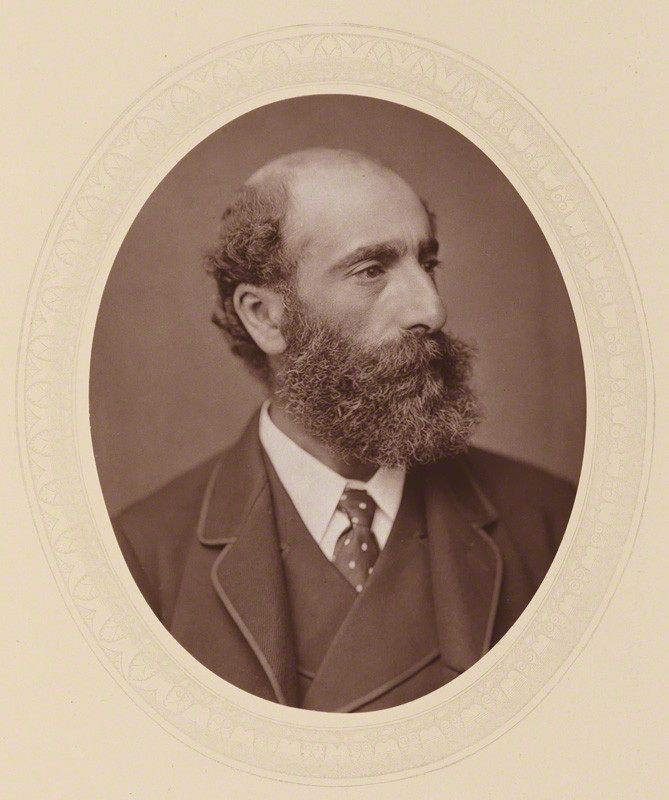 In his biographical notes, F. G. Stephens emphasizes Calderon’s ties to high Spanish culture. The artist’s grandfather was “Spain’s great dramatic poet,” and his father was a professor of Spanish literature at King’s College, London. Philip Calderon was born in Poitiers, France, on May 3, 1833, and came to England around the age of twelve. Because his father was his main teacher, Stephens compares Calderon to his own friend Dante Gabriel Rossetti, whose father was a professor of Italian literature at the same college. Calderon began studying as an engineer, but soon became a student of two Royal Academicians who exposed him to the collections of the British Museum and National Gallery. He received more formal instruction in London at James Leigh’s painting school on Newman Street, and in Paris from Francois-Édouard Picot, who taught Calderon to paint in the Neoclassical style. Stephens goes into detail about his habits as an increasingly dedicated student of art and documents the artist’s growing ambitions in terms of subject matter.

Stephens describes Calderon in respectful, reverent terms, and calls Liberating Prisoners on the Young Heir’s Birthday “very effective and brilliant.” He chronicles the prestige and recognition Calderon received at the 1867 Exhibition Internationale in Paris for Her Most High, Noble, and Puissant Grace, and mentions his entrance into the Academy as an associate in 1864 and three years later as a full academician. Calderon was made a Knight of the Legion of Honor in 1878 and received a medal in Vienna for his work. Stephens provides an extensive index of Calderon’s paintings, which he clearly admires, and traces the exhibitions he participated in, such as the Winter Exhibitions at the French Gallery, the Dudley Gallery exhibitions, and the Grosvenor Gallery exhibitions. The long list of Calderon’s paintings suggests that the artist’s prolificacy was regarded as an achievement all its own, but Stephens also appreciated his paintings for their content, color, and “energy,” which he describes. Stephens was fond of the Pre-Raphaelite style in which many of Calderon’s paintings are composed.

Although Stephens’s pages on Calderon are of considerable length, he provides no personal details about the artist’s wife, Clara Marianne Storey, the sister of Calderon’s friend G. A. Storey, another artist included in the Artists at Home series,or about their large family. This suggests that Stephens was not close to Calderon; the obituary he wrote for Calderon in The Athenaeum, however, suggests that they were old friends.[1] His intention in this biographical sketch was to focus solely on the artist’s professional achievements. 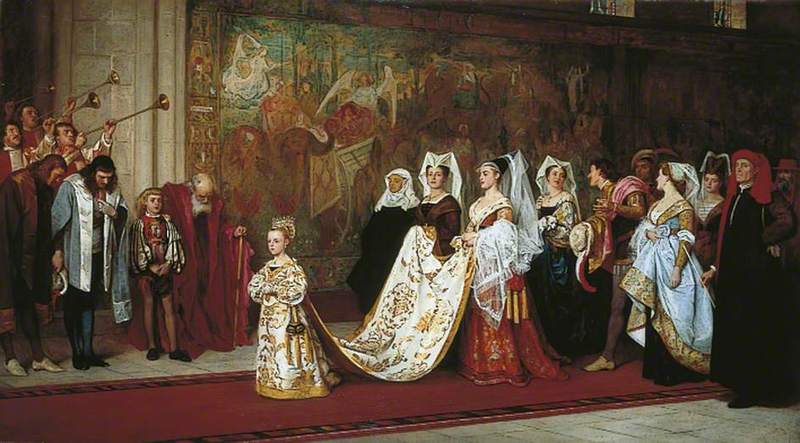 Philip Hermogenes Calderon, Her Most High, Noble and Puissant Grace, 1865