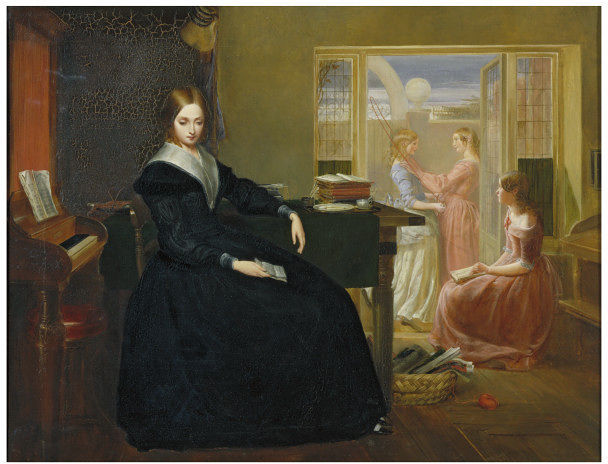 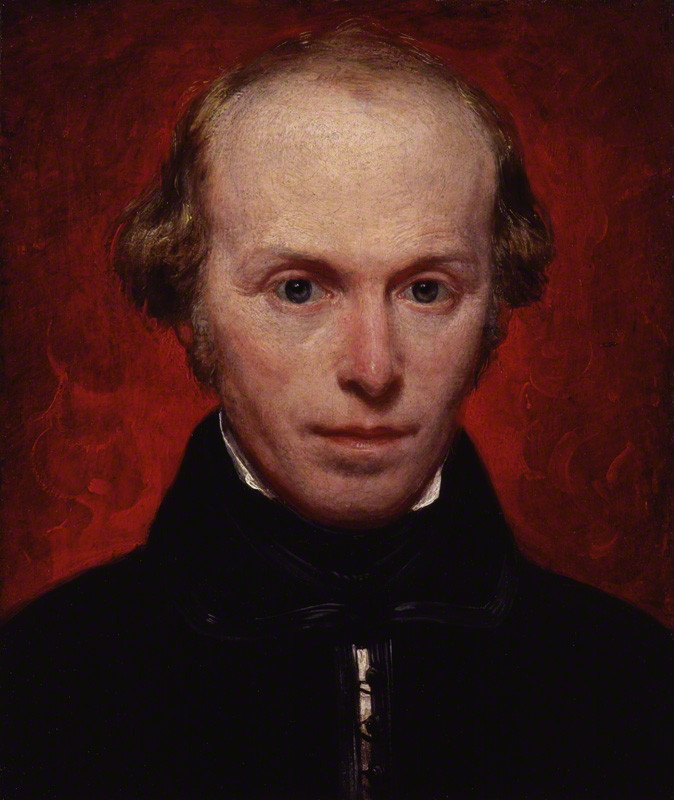 Richard Redgrave was born in 1804 in London to William and Mary Redgrave at 2 Belgrave Terrace, Pimlico. He was the second of seven children and had two half-brothers from his father’s second marriage. His mother and youngest sister died when he was eleven years old, and his mother’s death was one of Redgrave’s earliest memories: in his diaries, he recalls her telling him not to relight the candles near her--that if they died, she would as well. Soon after Mary Redgrave’s death, William Redgrave married Ruth Ogilvie, a Scotswoman who had been a friend of Mary’s. Richard Redgrave remembered her as a strict woman, and he had not been fond of her in his youth, though in maturity he recognized her as a good wife and stepmother.[1] Redgrave and his older brother Samuel were educated at a day school in Chelsea until they were twelve. He was extremely close to Samuel and seemed close to his sisters Eliza and Jane.[2]

Redgrave’s father manufactured wire fencing, and the young Redgrave worked in the factory as a clerk and draughtsman. His time as a draughtsman had allowed him to acquire valuable technical skills that he would later employ as an artist. Redgrave began to sketch from nature and teach himself painting in the evenings while working with his father.[3] The firm was not performing well and the family fell into financial hardship; they had to leave their house for a smaller one, and Redgrave recalled with embarrassment his father sending him to ask for loans.[4] 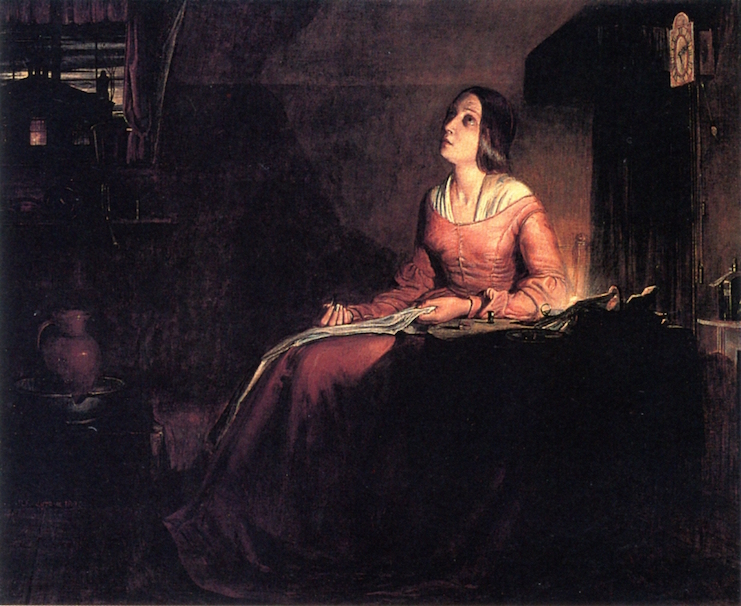 In 1825, the Royal Academy accepted Redgrave’s landscape painting The River Brent, Near Hanwell, and the next year he entered the Royal Academy schools.[5] 1829 saw another round of deaths in the family, when Redgrave’s brother William and his “charming and beautiful sister Jane” passed away.[6] After these losses, Redgrave left his father’s firm and supported himself by teaching drawing during the day, while studying at the Academy at night. After being admitted to the RA schools, Redgrave remained relatively unknown for around ten years. In 1836, he exhibited his first popular painting at the British Institution. Gulliver Exhibited to the Brobdingnag Farmer was among the first of many works by Redgrave that engaged with works of British literature.[7]

After 1840, when Redgrave became an associate member of the Royal Academy, he produced some of his most popular works, many depicting poor working women. This theme may have been influenced by his working-class background and his own sisters’ experiences as governesses.[8] The Poor Teacher (1843) was such a success that he painted several versions, including one for John Sheepshanks, an important collector and patron.[9] In 1843, Redgrave married Rose Margaret Bacon, with whom he had a son, Gilbert, and two daughters, Frances and Evelyn. Around this time, he built a house at 18 Hyde Park Gate South, Kensington, where he spent the rest of his life.[10]

In 1851, the Royal Academy elected Redgrave to full membership. His work in the mid 1840’s begun to veer away from moral subjects, and by 1850 Redgrave was primarily painting English landscapes that were detailed and naturalistic, reminiscent of works by the Pre-Raphaelite Brotherhood, but intentionally romanticized by the accompanying lines of poetry.[11]

In his later career, Redgrave became an arts administrator and author. With his brother, Redgrave wrote A Century of Painters of the English School (1866), a text that remains important in the field. He held several positions at the Government School of Design, including headmaster in 1847, art superintendent in 1852, and inspector-general for art in 1857, a position that allowed him to develop the curriculum for art education. Redgrave was Keeper of Paintings at the South Kensington Museum, and he designed a gallery for John Sheepshanks’s collection of British art, which included Redgrave’s own The Governess (1844). He also organized the British Art sections for the 1855 Paris Universal Exhibition and the 1862 London International Exhibition. From 1857 to 1880, Redgrave was Surveyor of the Queen’s Pictures, and in that capacity catalogued the Royal Collection in thirty-four manuscript volumes. Suffering from failing eyesight, Redgrave retired from public service in 1881 and stopped exhibiting work in 1883. Richard Redgrave died at his home at 18 Hyde Park Gate South in December of 1888 and was buried in Brompton Cemetery.[12] 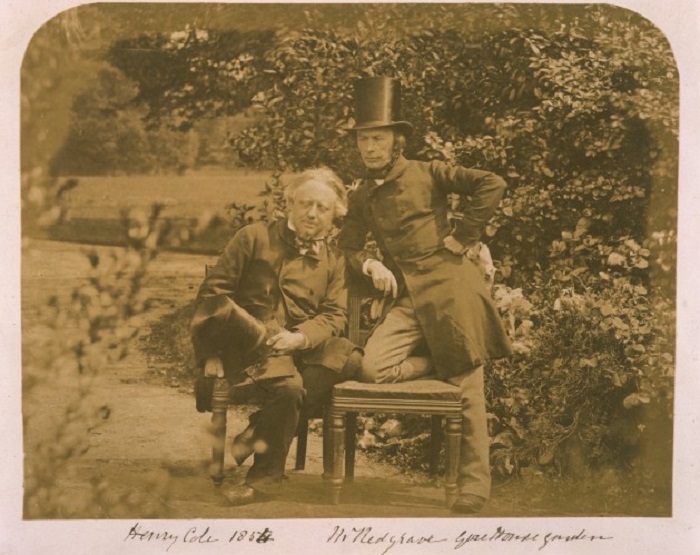 Copy of an albumen print by Charles Thurston Thompson, Richard Redgrave (right) with Sir Henry Cole (left) in the Garden of the Gore House, 1854